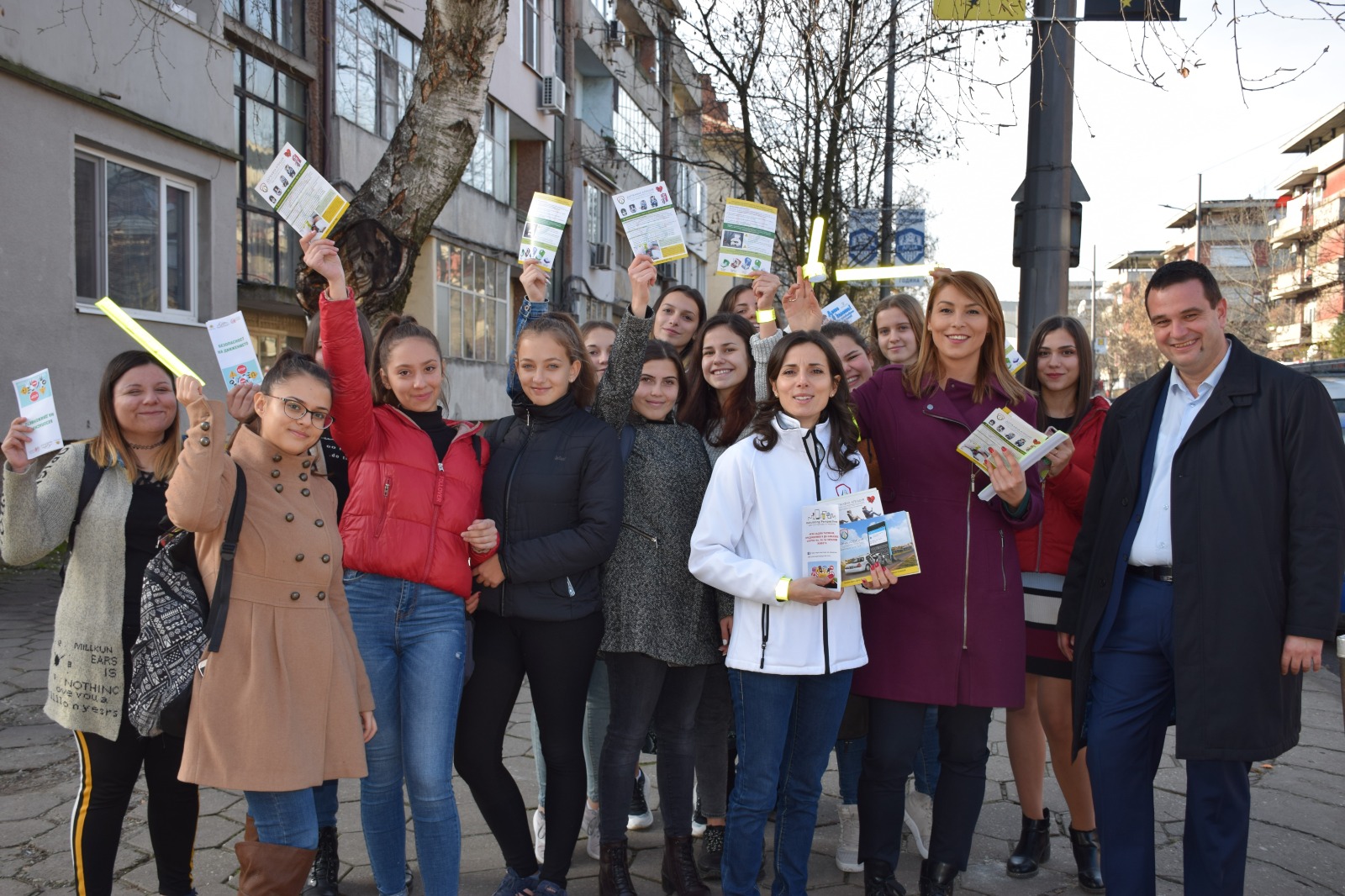 A campaign to increase drivers’ and pedestrians’ awareness toward road safety took place today at three risk crossings in Kardzhali. Near three schools, “Hristo Botev”, “Yordan Yovkov” and “Otets Paisii”, youth pedestrian patrols provided information about safe traffic. To attract people’s attention to their initiative, all volunteers wore reflective jackets. The campaign was also attended by Deputy Chair of State Agency “Road Safety” Anzhelina Toteva, Kardzhali District Governor Nikola Chanev, MoI District Director Senior Commissioner Atanas Ilkov, Kardzhali Project Coordinator Veselina Yurukova, among others.
“Around 20 percent of annual road deaths in Bulgaria are pedestrians,” said Anzhelina Toteva. She stressed that such initiatives are very important because they raise the awareness of both drivers and pedestrians, and remind all of us of the importance to be careful and vigilant on the road. In her words, today’s campaign focuses mostly on high-speed hazards, which continue to be a leading cause of road accidents. Another focus is to prevent the use of cellphones while driving. “Unfortunately, today’s campaign identified a number of drivers who had not fastened their seat belts. We spoke with them and explained how important this is and that the seat belt really saves lives”, added Anzhelina Toteva and reported that, according to the analysis of road traffic accidents in the country, an average of 100 lives could have been saved per year, if the drivers and the passengers of the vehicles had put their seat belts on.
Today’s initiative was implemented under the Informed and Active Project of the Ministry of Youth and Sports and its implementation in the district was partnered by Kardzhali District Directorate of the Ministry of the Interior. The campaign was organized with the support of State Agency “Road Safety”.
19/12/2019
сподели
Share on FacebookShare on Facebook TweetShare on Twitter Share on LinkedInShare on LinkedIn Pin itShare on Pinterest
Go to Top