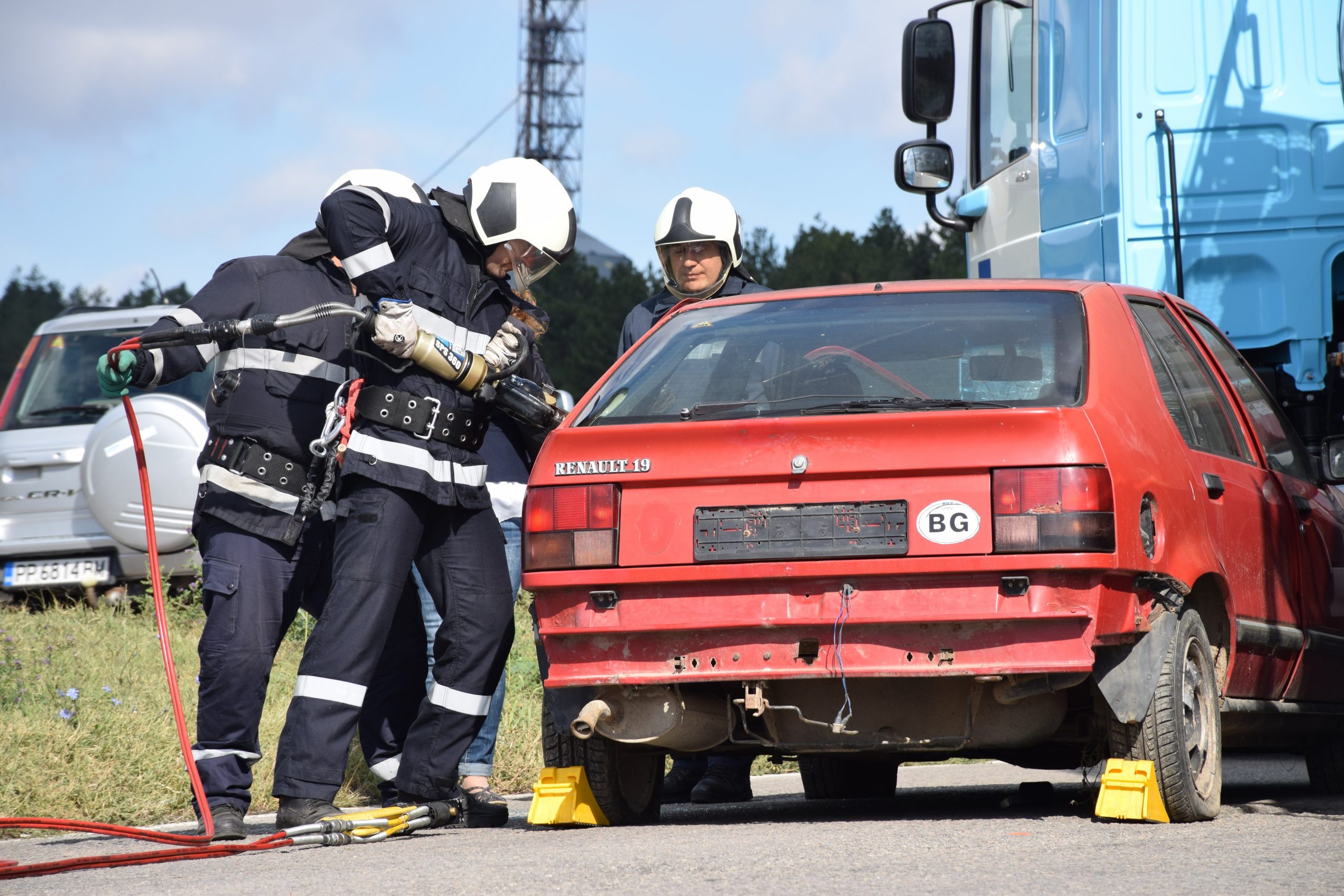 Significant reduction of road trauma is reported in Razgrad district and on some of the busiest road routes in the region. This is what State Agency Road Safety Deputy Chairperson Anjelina Toteva commented during an exercise for response to a large-scale road accident. It was organized by Razgrad District Administration and aimed to verify the coordination and promptness of district structures’ response. The event was attended by District Governor Gyunay Hyusmen and his Deputies Nurie Tsrangalova and Evgeni Draganov.

“There is a decrease in road trauma on one of the busiest routes in the country, Ruse – Makaza, and since the beginning of the year, road accidents on this traffic axe have been nearly 100 less, accounting for a decline by about 1/3 of those registered in 2019,” Anjelina Toteva said. In her words, fatalities dropped by more than 50% and injuries – by about 40%. “While reduced traffic volumes during the state of emergency had an impact, the efforts of responsible institutions also had an effect”, she commented.

The statistics presented by SARS show that during the summer months, there was a significant decrease in traffic accidents and on one of the major roads accommodating the traffic of Romanian tourists, i.e. the Ruse-Varna road. In June–September, registered road accidents on this road were two times fewer compared to the same period in 2019 г. The same trend was maintained on the Durankulak–Burgas axe.

The mock road accident took place on the road to Razgrad railway station, near the branch to the village of Strazhets. A minibus with workers crashed into a truck with a tanker, and then a car hit the heavy truck. After a 112 emergency phone alert was received, the Traffic Police teams arrived, sealed off the area, and diverted traffic. Ambulances from the emergency medical center also arrived, provided first aid to the victims, and carried the seriously injured to the ambulances. Bulgarian Red Cross volunteers helped less severely injured people. Meanwhile, the firefighters cut the car open to get to the people inside. Due to a fatality in the vehicle, an alert was sent to the District Attorney’s Office. Razgrad FSPPDD teams detected the spill of the hazardous substance and alerted their colleagues from Ruse FSPPDD Specialized Operational Activities Sector. The latter contained the leak and neutralized the contamination. At the same time, the place of the accident was inspected and, finally, the area was cleared and traffic was restored.

“Such exercises are crucial because this is the way to check response capacities and improve coordination among institutions,” Anjelina Toteva said. She explained that SARS has made recommendations to all district administrations to conduct at least one such large-scale exercise per year and congratulated Razgrad District on their active involvement, as such an exercise had not been conducted locally for more than 10 years. “It is only with active action on the ground that we can achieve a sustainable increase in road safety. This is the underlying philosophy of the new Strategy to improve road safety over the next 10 years: an active role of the regions,” she added.

Since the beginning of the year, 78 serious road accidents have occurred in Razgrad district. There is a decrease in road trauma both in the number of accidents (-10%) and in the number of road fatalities (-40%) and injuries (-20%). During the event, the active control activities by Razgrad MoI District Directorate were also reported. Since the beginning of the year, over 22 thousand penalty notices and tickets totaling over BGN 1.5 million have been issued in the territory of the district. The event discussed that In reporting control activities, it is not important that the collection of fines is increasing, but that this has a real preventive effect.